I already menu plan and grocery shop fortnightly, with fruit and vegetables bought weekly. I’m fairly disciplined at keeping a few frozen meals ready to go, particularly over winter, but I think the freezer is going to become far more instrumental this year.

There are plenty of ‘freezer cooking’ blogs and websites around but a lot of the recipes look fairly ordinary to me. We generally cook our meals from scratch – I’m not interested in recipes which call for tins of soup, commercial salad dressing or anything overly processed.

I’ve been reading up on the idea of freezing meats in marinades and trying to cook double batches of recipes so half can be frozen. I’ll have to do some experimentation next time the butcher is having a good special. I typically freeze portions of bolognese sauce and curries – I need to expand my repertoire unless we want to turn into lasagne!

I’ve experimented with a double batch of the CSIRO Total Welbeing Diet Book 2‘s Lamb Tagine, adapted for our slow cooker (it’s too hot to cook on the stove for 1.5 hours as the recipe requires). 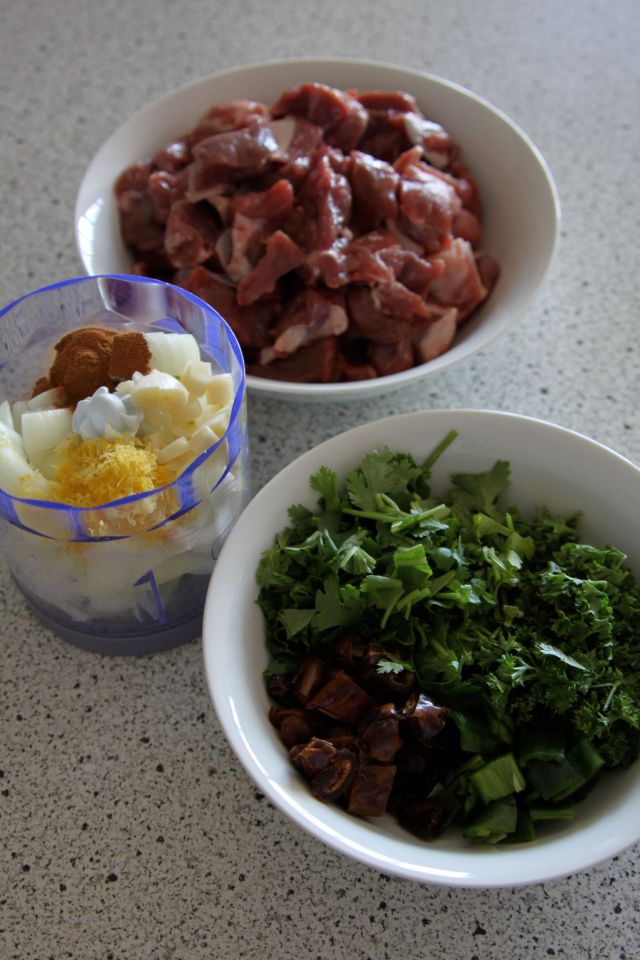 I hope it tastes good the second time around – it looks like it will. 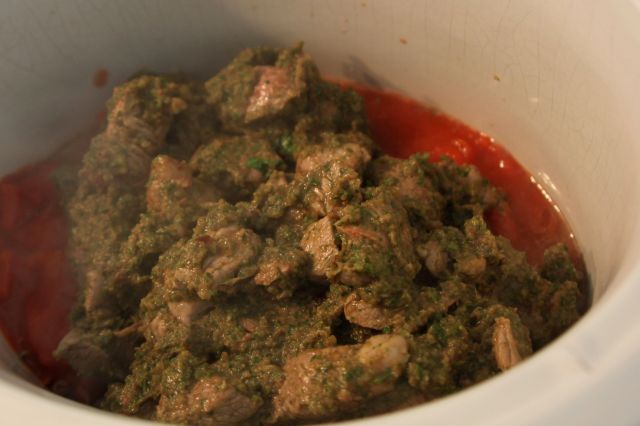 If you don’t need to cook gluten-free meals, just use normal cous cous. Corn cous cous is a great gluten-free option. Likewise, follow the substitutions for a dairy-free meal.

Heat a large heavy-based saucepan over high heat. Coat lamb with oil and cook in small batches for 5 minutes or until browned. Return all lamb pieces to pan, add paste and stir to coat. Cook for 3-5 minutes, until aromatic.

Put lamb mixture, water and tomatoes into slow cooker. Cook on low for 6 hours or until tender.

Serve with a dollop of yoghurt and steamed vegetables. Use an alternative yoghurt, like sheeps milk yoghurt, if cooking dairy-free. 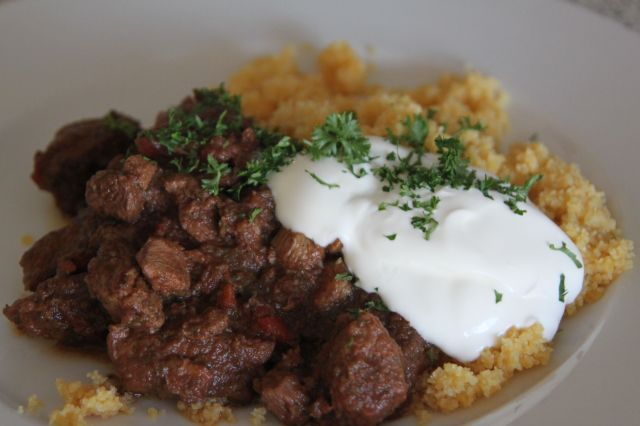 I’d love to hear if you have any trusty go-to freezer recipes.