And so KCW begins!

It’s after dinner on Monday night. The first day of Kid’s Clothes Week…and I have done exactly…nothing! Well, I have washed my fabric. Does that count? I have grand plans for some pajamas for Elena, and some shorts for Hugo and after that – well, I’m just not sure. So much for a super organised KCW! 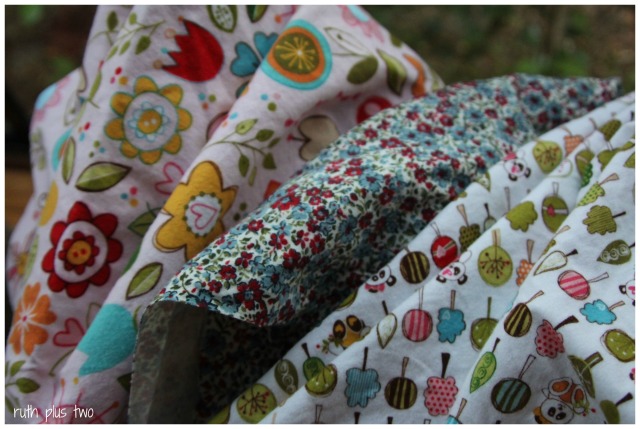 I’ve not been sewing because we’ve had a pretty productive day. A play date and catch up with some of my favourite fellow mums and their lovely daughters, more chicken coop building (we’ve finished all the big bits!) and a trip to the shops in the afternoon. Busy.

The coop came together really easily. We decided to add a layer of plastic between the frame and the roof where the coop and run join, and also between the roof and the wooden ridge fitted over the top, in the hope it might make the whole thing a little more water-tight and stop the frame getting wet. I need to run a craft knife around the remaining plastic to remove the excess. I’m hoping we’ll eventually fit a second roof over this one – perhaps a colourbond one – with a greater overhang for even more protection.

We’re going to lay a frame of treated pine along the slab, and then fix the coop and run to that. I’m hoping keeping the structure up and away from the damp will help it last longer. Other than that, all we’ve really got to do is fit the floor of the chicken coop (I need access to, ahem, install the curtain rail and curtains I’m sewing…), and the ramp to help the chickens get up and down. 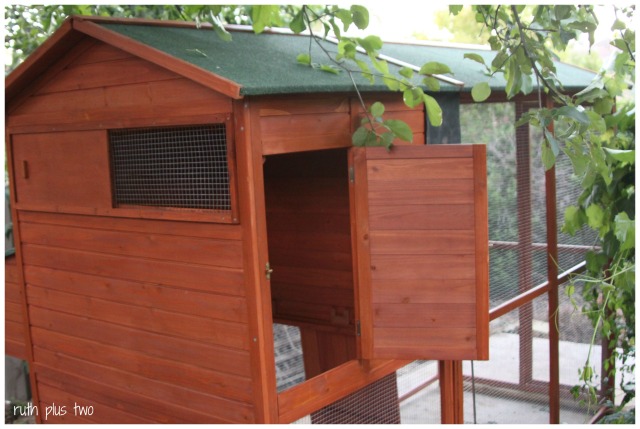 The coop has lots of easy access for cleaning, and hopefully adequate ventilation. There are nesting boxes you can access from the outside. Now we just need some feeding/watering equipment and some bedding/mulch…and some chickens! 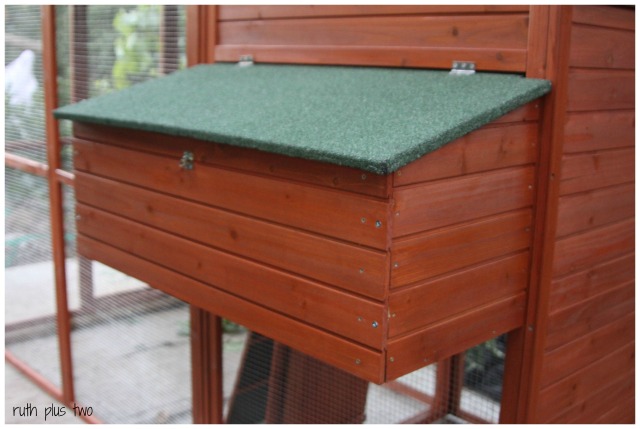 You’ll have to excuse me now. I have to go sew! Happy sewing if you’re participating in KCW, and happy reading if you’re not.

This entry was posted in chickens, Kid's Clothes Week, sewing. Bookmark the permalink.

5 Responses to And so KCW begins!