The pretty made me do it

There should be a law against enticing fabric stores. I ventured into a local store in search of buttons for the in threes that is currently on my needles and a few small haberdashery items.

I’m not sure how it happened, but I walked out considerably poorer. I promise it wasn’t my fault. The pretty things made me do it. 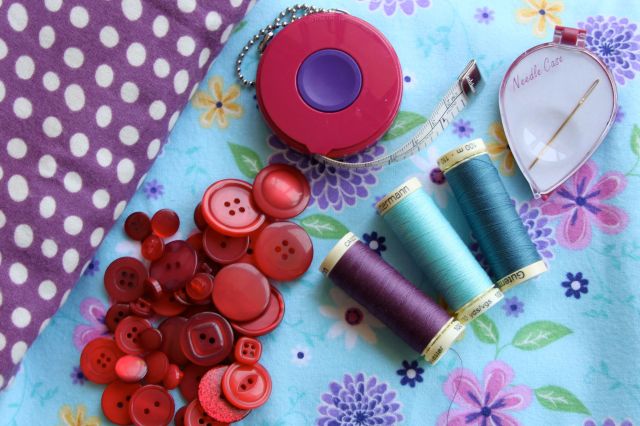 I needed buttons for my cardigan and thread to sew them on. I was vaguely considering buying some flannel to make some pajamas for Elena.

I ended up with a small jar of red buttons, flannel for two pairs of pajamas, thread for the pajamas and sewing on the buttons. I also picked up a new tape measure (I had helpfully ironed my current plastic one at the 34″ mark) and a magnetic needle case (after I terrifyingly lost a sewing needle on our floor last night – not good with two little ones). Missing from the photo is a zip for an upcoming nappy caddy project.

At least I’ve got enough to keep me going for a while now!

This entry was posted in fabric, sewing, stash. Bookmark the permalink.

5 Responses to The pretty made me do it