Time just marches right on, doesn’t it? These days, I feel like I’m clinging on for dear life, finding calm by knitting whenever I can snatch a moment.

Winter is here, my first semester back at university is winding up, the children are growing. Frizzle is crowing. How things change. 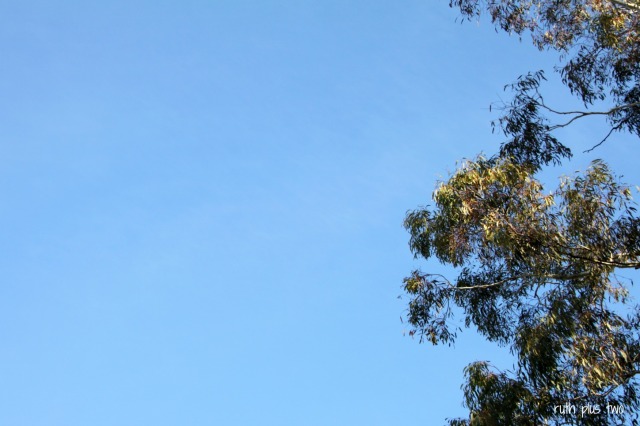 We’re having beautiful clear days at the moment – clear but freezing. It’s so tempting to stay curled up inside, but we’re trying to spend more time outside.

This morning we caught up with friends at the park. So much fun. Who doesn’t love a grown-up sized slide?

After naps (for the kids, not us – unfortunately!), we headed out into the garden. Let’s just say the yard has suffered since I’ve been back studying. It’s a total mess and there’s much to be done. We’re getting some fruit from our citrus trees – we’ve certainly got two lemon trees and an orange. I thought the remaining tree was a lime, but now I’m not so sure. I guess time will tell. 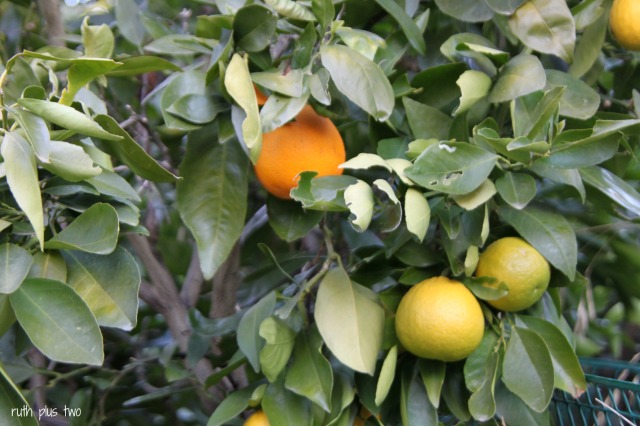 The chickens are well. Our babies from December are past point of lay now, with the two langshan girls laying. Our aracaunas are not yet laying, and now that it’s winter I suspect we’ll not see anything from them until September. Odd looking things. Dinosaurs with feathers, I reckon. 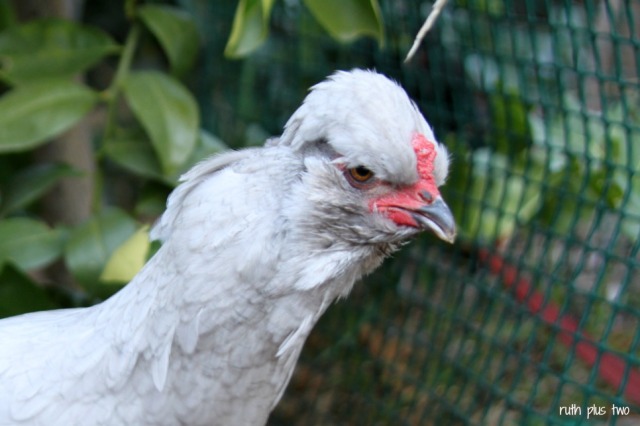 Out of our batch of six day-old chicks, we only had two cockerels – both of which have gone back to the breeder (one was headed for the Sydney Royal Easter Show, randomly. I must find out if he made it and how he went!). Of the two eggs we hatched in January, one was a langshan pullet – and then there was Frizzle, a polish frizzle. Our crazy looking chicken.

Frizzle, who got wry neck and I nursed for six weeks in our study, who finally convinced me to cross the line and bathe a chicken. Frizzle, who has started to crow. Of course, after all that work! 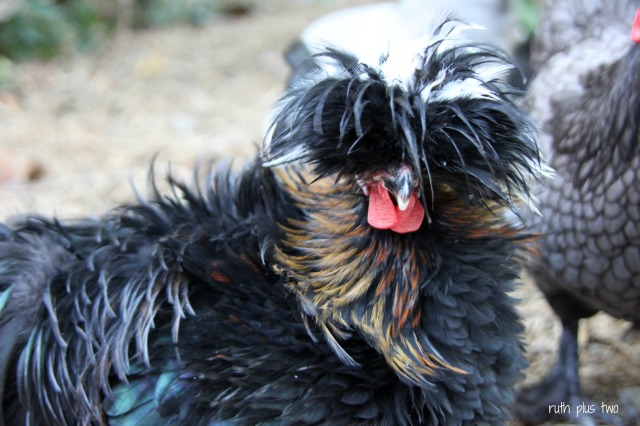 Murphy’s-bloody-Law! He’ll be heading back to the breeder as soon as we can take him. There’s no rule against keeping cockerels here, but there *are* neighbourly relations to consider. It’s not too bad, but in summer when sunrise is much earlier I’m sure we won’t be popular.

The other girls are doing well. I still love myself a fluffy butt.

And the children? Well, they’re growing apace. Elena’s gorgeous and frustrating – sometimes in equal parts. She becomes more of a force to be reckoned with the older she gets. She keeps us on our toes. 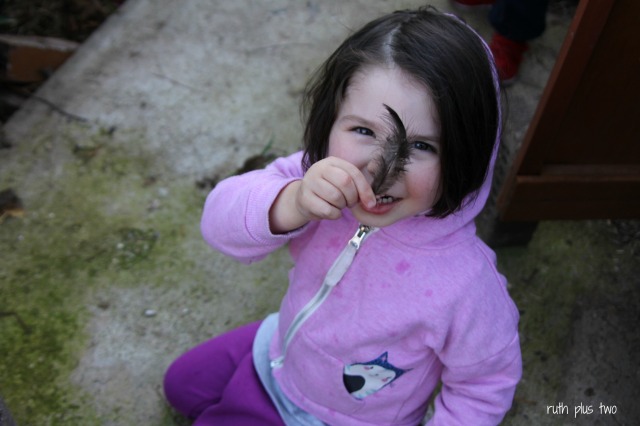 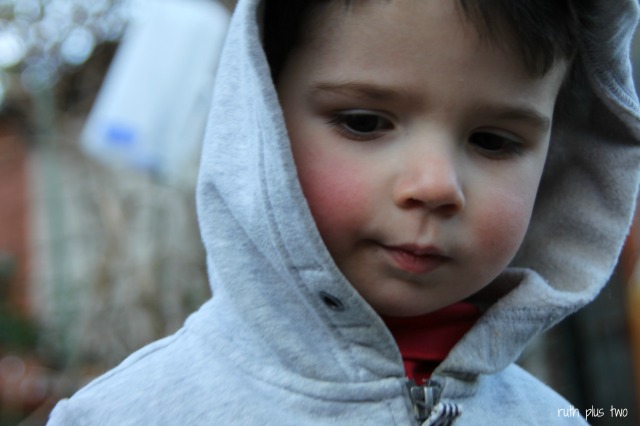 Well, he has some marvellous news. Dear, gorgeous Hugo has learned to sleep, sleeping through the night for 20 out of the last 21 nights. The boy who’d not slept through more than two consecutive nights in his life. It’s a brave new world, I tell you. We still don’t feel rested, but we’re less exhausted than we used to be – and desperately hoping this is our new normal.

There’s a light at the end of that tunnel – and we’re pretty sure it’s not a train.

This entry was posted in chickens, garden, raising children. Bookmark the permalink.