It has been a long, quiet fortnight here. Alex has been away with work, we’ve had family visiting, Hugo’s had an ear infection which has stuck around – and had teeth numbers three and four arrive. We don’t do things by halves around here.

At the beginning of the fortnight, Alex spent 9 nights away with work. I had my work cut out keeping on top of everything. Thankfully Alex’s family was able to help out for the dinner/bedtime rush hour, and then my parents turned up to save me for the last leg of his trip!

Poor Elena hates Alex being away so this time I tried to start off on the front foot. Before Alex left I pulled together a chart with a photo of the two of them, a picture of a plane (which they coloured in together) and a count of the nights. Each night, before bed, we put a ‘twinkle star’ on the corresponding number and she kissed Alex good night.

I think it worked – Elena was still missing him, but it was good to be able to focus her attention. I think the graphics helped her remember and frame her understanding of what was going on. Toddlers, huh? They are complex little beings, that’s for sure.

She did enjoy some pikelet making, though. Elena’s certainly my daughter.

Alex’s trip coincided with an ear infection for Hugo (certainly seems the year for ear infections in this house) and the eruption of his third tooth. I think everything combined to make breastfeeding sore for him and he has gone off it completely. After a few days of waiting patiently for him to come back to the breast, I eventually gave in and fed him some formula. The poor little thing was miserable and I just couldn’t stand it. I’ve not been able to express this time around sadly, despite supplements and lactation consultant advice.

I’ve seen my doctor and started some medication to boost my supply, but I’m terribly sad to say I fear our breastfeeding relationship is over. He is just not that into it. I fed Elena until she was well over 18 months old and I would have liked to have done the same with Hugo. Fingers crossed it all rights itself soon – that said, though, his ear infection recurred over the weekend and tooth number four cut through today so I may well be fighting a losing battle.

A few things help make Alex’s travel worth the pain and exhaustion though – having him home, and the fabric he stashed in his suitcase and dragged home for me. Piles and piles of pretty! Some of it is destined for specific projects, some of it I purchased because I couldn’t go past it, and a lot of it is a total surprise, courtesy of a few Hawthorne Threads scrap packs. I have worked my way through washing most of it.

I’m running really behind on my sewing plans at the moment. I have been sewing some dolls clothes for a special little person whose birthday was in late August. I’ve got one more dress in my sights, but so far I’ve made up this little set. It’s really difficult to sew for a doll who lives on another continent!

In news on other top secret projects, I’m up to the buttons on a dress, another gift for a sweet little one, which is going to be rather late. I started sewing with good intentions and made all the pattern markings with air erasable marker. Yes, I was that optimistic! It was a bad, bad idea.

My current in-front-of-the-television job is the hand quilting part of a quilt for one of the educators at Elena’s child care centre. Elena absolutely adores him. Even though he is no longer working in her room (he got promoted, sob – that was a sad day for all of us) she still tells us all about how he’s working with the kids next door. The quilt isn’t really for him though – there was a little sign up on the noticeboard announcing that he and his wife had welcomed a healthy baby boy to the world. I don’t know what it is, but these days I’m so glad when I hear that babies have arrived safely. 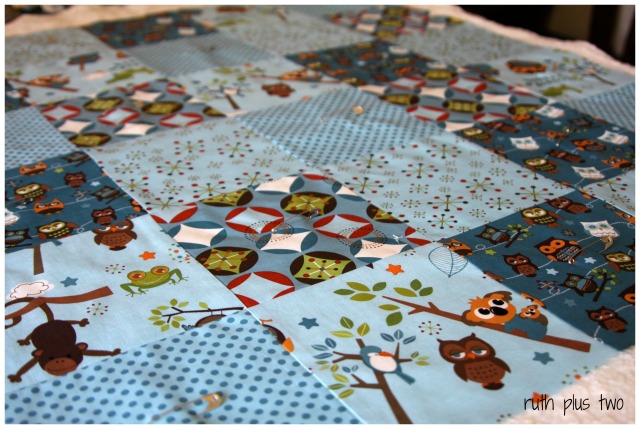 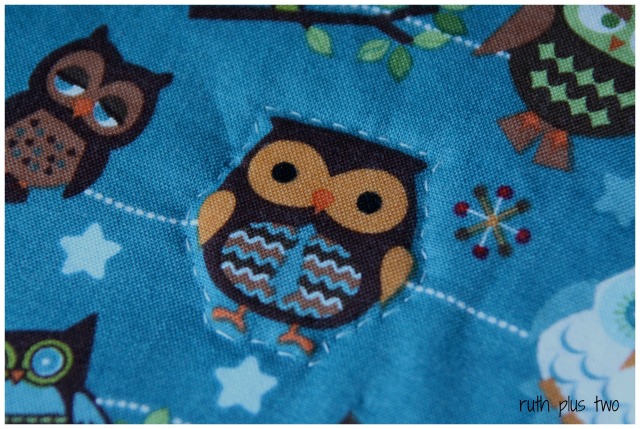 And, in other news that I may well live to regret, I’ve bitten the bullet and committed to sew for Kids Clothes Week from 21-27 October. It will be my first attempt at a KCW. I am both excited and scared. I’m eyeing off a few patterns I’ve purchased with good intentions but haven’t got to yet. Let the planning commence…right after I finish my pile of works in progress!

7 Responses to An unintentional break